About the HSR Custom Motorcycle

This jaw-dropping, high-tech, tricked out motorcycle built by award-winning custom builder Xavier Muriel of Providence Cycle Worx, will go home with one lucky cruise guest in October! All you have to do is be onboard when the cruise sets sail from Port Canaveral, FL. Every guest on the ship is automatically entered to win!

The custom motorcycle features the best of both worlds, combining the looks of an old school chopper with the technology found in some of the latest models. 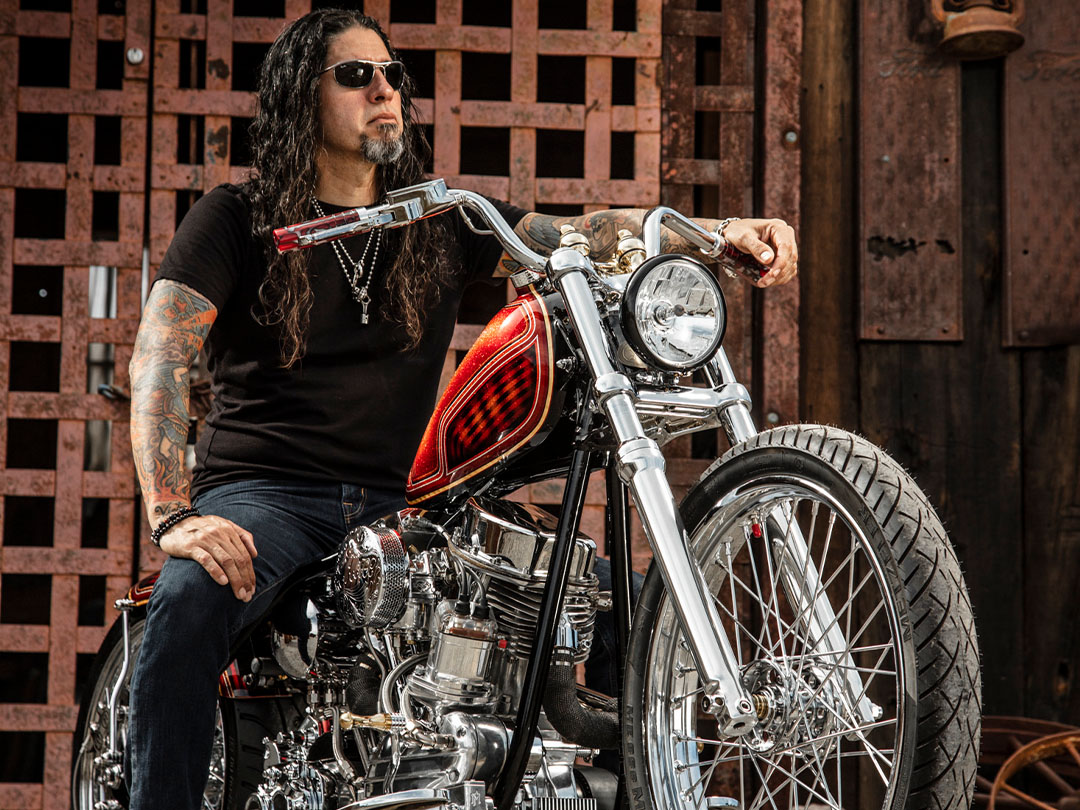 Xavier Muriel, Founder & Builder, Providence Cycle Worx, is the leader of High Seas Rally’s pack of custom builders. He is Cycle Source Magazine’s 2019 Readers Poll Builder of the Year and builder of Easyriders Magazine’s 2019 Bike of the Year. Xavier was the drummer for the band Buckcherry from 2005-2017 before deciding to give up the tour life to open his own custom motorcycle shop. He is the man behind HSR’s very own custom motorcycle. In fact, the bike already took home some hardware as the Best Big Twin at the Cycle Source Magazine Bike Show.

“I’ve pushed myself farther and harder than on any other build to date,” Xavier says. “I threw the kitchen sink at this project, not so much as money being spent to buy the parts, but more in the labor-intensive parts that I handmade for it. So many things turned out way cooler than originally conceived in my head.”

Check out the journey on the High Seas Rally blog HERE.

One lucky High Seas Rally guest will be handed the keys to this custom motorcycle onboard the cruise in October. For your chance to win, book your cabin now!

Driven by our focus on presenting our GREAT MUSIC in the finest possible manner with luxury accommodations for our guests, High Seas Rally has sailed on Celebrity Cruises' Millennium Class ships every year of the program. The Celebrity Millennium offers a fabulous array of dining choices, spectacular spa facilities and beautiful bars and lounges.

Recently, Celebrity Millennium completed an amazing Revolution upgrade program initiated by Celebrity Cruises for all of its Millennium Class ships. Each stateroom features advancements in technology and updated accommodations. The casual and formal dining areas have been transformed as well, giving the ship a sleeker and more contemporary look and feel.

Cookies help us deliver our services. By using our services, you agree to our use of cookies. More Information